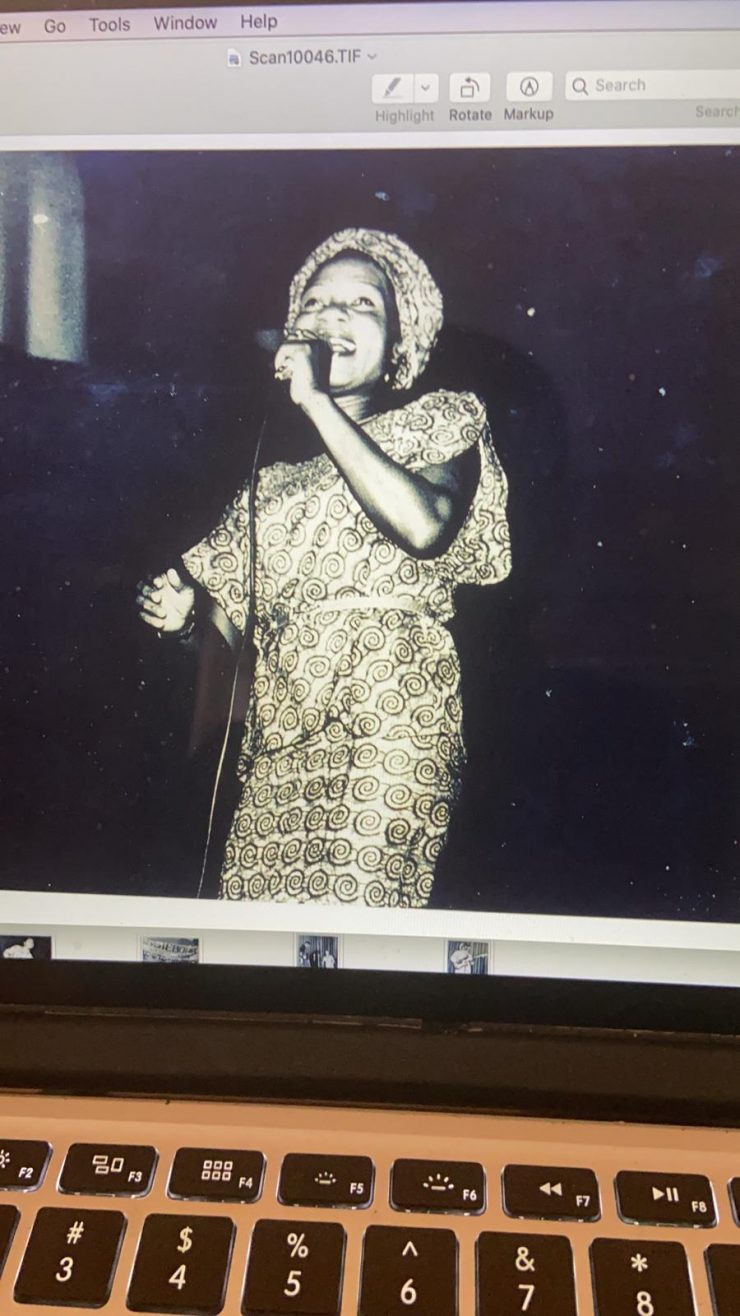 Efua Dorkenoo was a leading female voice in the early Ghanaian hiplife scene. She was well known for her sense of fashion, and extravagant outfits when performing. In 1980 she released her most popular album, Akpedada (Thanksgiving) on the Essiebons label. Efua also had a band that she performed with as well as recorded. Together, they were known as Efua Dorkenoo & Her 9 Saints, and released hits such as Kosida Xetro and Avalipo.