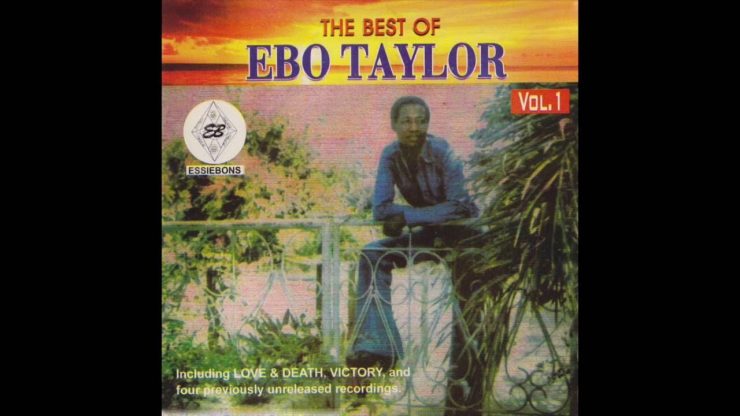 Ebo Taylor was a key figure of the Essiebons label, and a pioneer of the Afrobeat and Highlife genres. Ebo was born in Cape Coast, Ghana and was surrounded by music from an early age. He played for several bands in Accra and Cape Coast, including the Stargazers, before moving to London in 1962 to study at the Eric Gilder school of music. It was there that he met Nigerian Afrobeat artist, Fela Kuti, and developed a close relationship with the rising star.

It was upon Ebo’s return to Ghana that he linked up with Dick Essilfie-Bondzie, the founder of Essiebons. He formed a key part of the Apagya Show Band, and released some works on his own – including the legendary album “Conflict” with Uhuru Yenzu.

Ebo Taylor has had huge success locally in Ghana, as well as internationally with various Hip-Hop producers sampling his music and seeking out collaborations. Ebo’s hit single “Heaven” was sampled by R&B Superstar Usher on his 2009 song “She Don’t Know”.