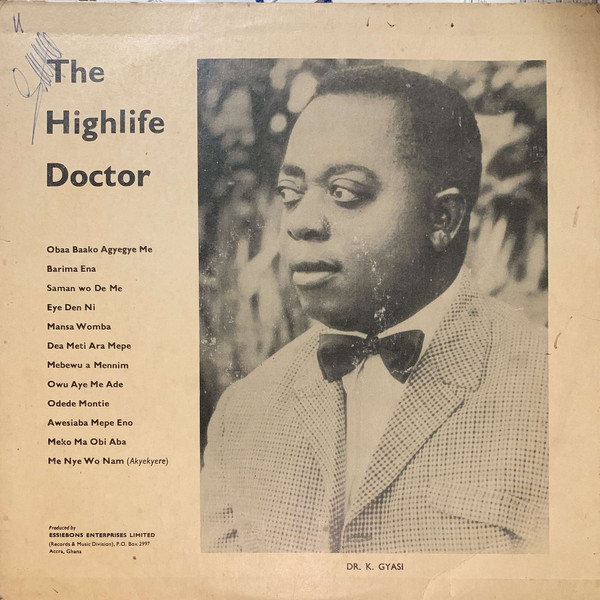 Dr. K. Gyasi was born in Patasi in Kumasi. He recorded music for the first time in 1952 at a mobile studio in Nsawam, 20 miles outside of Accra. By 1963, Gyasi was already a popular musician and Osagyefo, Dr Kwame Nkrumah invited him, along with other musicians, to accompany his official delegation on a diplomatic trip through the then USSR as well as North Africa.

Throughout the late 1960s and the 1970s, Dr K Gyasi’s Noble Kings became one of Ghana’s most popular bands. Dr. K. Gyasi was widely considered to be the first band leader to combine the electric organ, with highlife music.
In 1974, he released the Sikyi Highlife medley album. The album received critical acclaim and is widely considered to be a classic in the genre of High Life.
Dr Gyasi formed a strong bond with Essiebons, going on to release other records such as The Highlife Doctor, Akwaaba! and The Highlife Boss, alongside his Noble Kings band.